The Celts: an island fastness 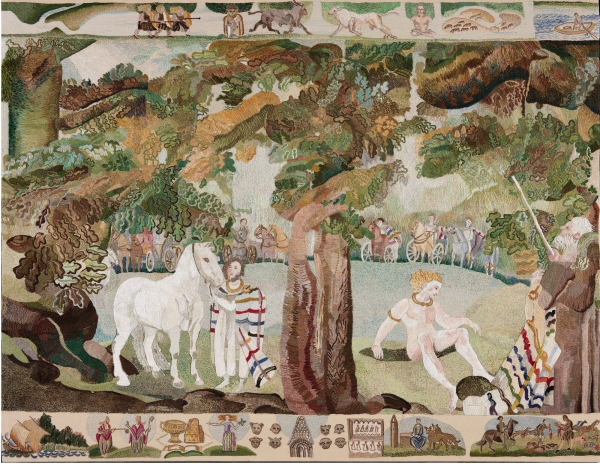 This panel depicts the enthronement of a Celtic King. Parts of the elaborate ritual closely resemble similar ceremonies known in India until the eighteenth century. An absolute union between the King – a divine personage and the white mare, who represented the earth goddess, was essential to ensure that she, the all-powerful natural spirit, would smile on his reign. If crops were poor or if disease struck, the King was invariably held to account.

The ceremony therefore was of the most intense solemnity. Held in a sacred wood and presided over by the druid caste, who waits to robe the King and hand him his white wand, it was watched in awe by the surrounding warriors.

More in this category: Next: The Abduction of Dervorgilla »
back to top